Dining on another Plane at former Seletar Air Base As far as destination dining goes, Singaporeans are not short of options.

We already have popular enclaves like Dempsey Village, and smaller suburban streets such as Jalan Riang.

More from AsiaOneRead the condensed version of this story, and other top stories with NewsLite.But the newest addition, located at Seletar Aerospace Park (SAP), has one thing that sets it apart – a view of airplanes.

This 320-hectare space comprises the Seletar Airport, as well as 32 colonial black and white bungalows that once housed families of the Royal Air Force.

These bungalows are part of a redevelopment project – The Oval @ Seletar Aerospace Park – by JTC Corporation, and some have been turned into F&B outlets.

There are now four of them -YOUNGS Bar & Restaurant by the Pentagon Group, Di Wei Teochew Restaurant, The Summerhouse by the 1-Group, and Wheeler’s Estate.

Leow Thiam Seng, Group Director of Cluster Group at JTC, says that Phase Two of the development will begin in the first quarter of 2017, and will likely involve offices, clinics, banks, and childcare services. 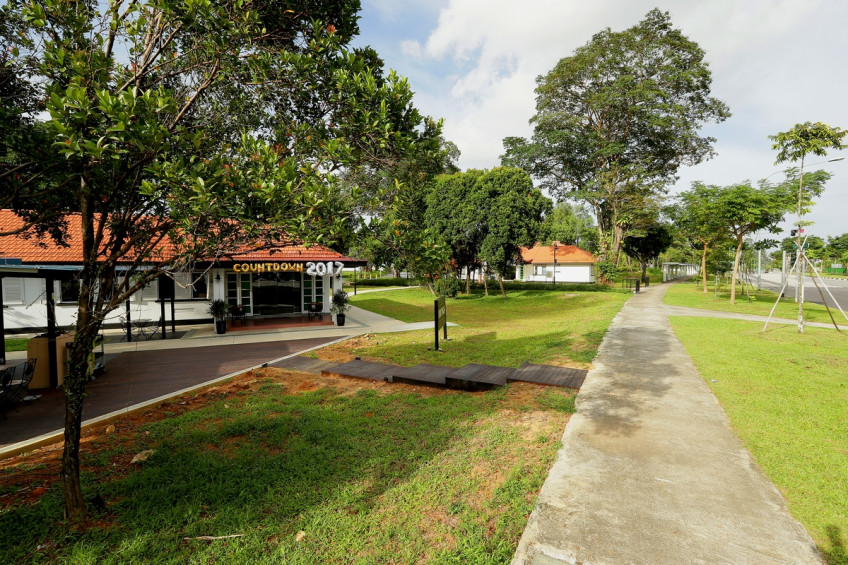 The newest addition of dining options in Singapore, located at Seletar Aerospace Park (SAP), has one thing that sets it apart – a view of airplanes.

The newest addition of dining options in Singapore, located at Seletar Aerospace Park (SAP), has one thing that sets it apart – a view of airplan 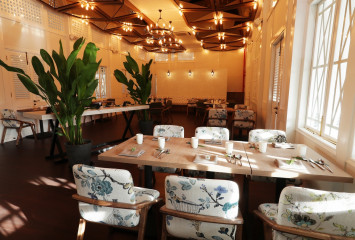 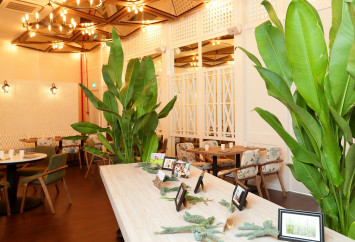 Down the road, visitors to The Oval can also expect “community-themed programmes like mini bazaars and carnivals,” he says.

Joseph Ong, Managing Director of the 1-Group, describes the location as “picturesque rolling landscape, reminiscent of the English countryside”.

He adds: “It’s a true respite from the busy urban life of Singapore.”

Having new eateries in the area is a move welcomed by some existing business owners, such as Poon Kng Joo who runs the year-old Soek Seng 1954 Bicycle Cafe at the MAJ Aviation Building.

Although his cafe is tucked further away in an industrial building, he hopes visitors will learn about his cafe after visiting The Oval.

“This location has been tough, so I have to keep working hard to keep myself afloat,” says Mr Poon.

You might know of the 1-Group from its properties UNA at One Rochester and 1-Altitude at One Raffles Place.

Most recently, they added a new multi-concept establishment The Summerhouse at The Oval, which officially opens on Jan 8.

Managing Director Joseph Ong says it wasn’t just the charming location that appealed to them, but the building itself.

“Heritage buildings are usually located in green surroundings, and not subjected to the same kind of space pressure that modern buildings have. They come with a deep history and are harder to come by,” he explains.

So when JTC approached them two years ago, they agreed to become the anchor tenant and take over a prominent 80-year-old two-storey conservation building located right at the entrance of The Oval.

Some of its concepts include Wildseed Cafe, Patisserie and Bar on the first floor, florist partner Poppy Flora Studio within the cafe, an edible garden in partnership with local farming community Edible Garden City, as well as a wedding business arm 1-Host.

Of course the highlight is the ‘farm-to-table’ restaurant The Summerhouse Dining Room & Balcony Bar on the second floor, which focuses on local and regional produce.

It is led by chef de cuisine Florian Ridder who used to work at the one-Michelin-starred Alma by Juan Amador.

His cuisine is described as “nature-inspired”, and the restaurant offers an a la carte menu as well as a seasonal tasting menu (S$90++ for about 10 courses) called the Collective Farming menu.

Says Mr Ong: “Chef Florian works closely with the farming collective in Singapore and Malaysia, and up to 100 per cent of the garnish is harvested from the in-house edible garden. He brings a thoughtfully curated range of foodstuffs of unrivalled freshness and provenance to the table.”

From the folks behind Wheeler’s Yard – a bicycle-themed cafe housed in an industrial warehouse in Balestier – comes a new venture.

Wheeler’s Estate is a multi-concept establishment comprising a restaurant, cafe, bar, and even an option for outdoor picnics.

The menu features Australian cuisine designed by a head chef from Melbourne, with dishes such as tomahawk steak and suckling pig.

In the spirit of Australian barbecue, some dishes will also be cooked in their grill house extension using specially imported Jarrah, Apple, and Lychee firewood.

Executive director Daniel Ong says: “When we first took a trip to The Oval, the sight of the environment really took us by surprise. Its countryside ambience made us feel as if we were in a different country.”

He feels that the history of the colonial bungalow complements the rich culture behind Teochew cuisine, and the rarity of such a location is reflective of “how authentic Teochew cuisine is rarely found in Singapore these days.”

Some signature dishes at the restaurant are Teochew cold crab (seasonal), oyster omelette (S$10 or 15), fried rice noodles with preserved radish (S$6 or 10), and yam paste with gingko nuts (S$4 or 12).

Chef Khoo, who has been working in F&B for over 50 years, says: “All our dishes are cooked with very light flavours for diners to enjoy the real flavours of the ingredients used – which is the hallmark of Teochew food and cooking style.”

It is run by the Pentagon Group, which is wholly-owned by Tee Tree Investments.

Chef Cheng studied at New York’s International Culinary Center, specialising in classic French techniques, and explains that the concept at YOUNGS was inspired by “the rich drinking and dining culture in Europe where the centrepiece of social gatherings are good drinks and good food.”

The menu is kept fairly straightforward, with signature dishes such as a flank steak with beef jus on mashed potatoes (S$26), snapper fillet with clams and fregola (S$22), and fried crab cakes served with a spicy mayonnaise dip (S$16).